In early January, I was struck down with one of the worst pains I have ever felt in my life. I spent all day on the couch holding my stomach in pain. I could barely move. I’m somewhat known for being stubborn and decided to “tough it out.”

I went to work the next day and was sent straight to the doctors that afternoon by concerned co-workers. Once we got to the hospital, we ran some tests, and I ended up having emergency surgery. Something in my stomach had burst.  After two surgeries and multiple weeks in the hospital, we still didn’t know what was wrong with me. 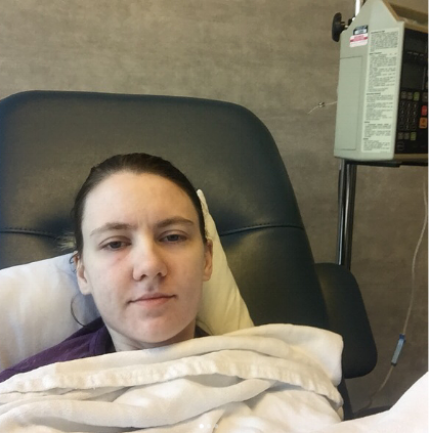 In the next five months, I was in and out of the hospital five times. I was sent home with fluid in my lungs that had to be drained. I  had an at home IV for two weeks. I had too many cat scans and ultrasounds to count.

My scar had opened up with an infection. By March, my body was finally healed enough to get a colonoscopy, and with that came my diagnosis.

Generally, Chron’s symptoms include chronic diarrhea, abdominal pain, fever, and weight loss. While Chron’s is more commonly found at the end of the small intestines, it can affect any of the gastrointestinal tract. It can also affect the eyes, skin, and joints.

I had a hunch that it was Crohn’s for a while, but hearing it confirmed gave me mixed emotions. On one hand, I was grateful to finally know what was wrong with me, but I was also filled with dread. Crohn’s stays with you for life. I wasn’t sure I could fight this battle forever.

In the beginning, I was so afraid of contradicting the doctors.

In February, of one my surgery scars opened up. My doctor told me it was just a small infection that was easily treated with antibiotics. He told me it would take a few weeks—maybe a month—to get it sorted out. It was already the end of September, and I was still dealing with the open wounds. As it turned out, it was not an infection. It was a fistula!

A fistula is a small tunnel your body makes from your digestive track to the outside skin when it can’t properly function. I had a suspicion that it was a fistula and brought it up a few times, but because he was the doctor and was so sure it was nothing, I waited. When I finally got a second opinion, they were able to properly diagnose it and get me on the right path.

Another time I had a PICC line that caused my neck to swell. I voiced my concern, and they told me it was just a swollen lymph node. A few days later, I saw another doctor who immediately got me in for an ultrasound and confirmed that I had a blood clot. 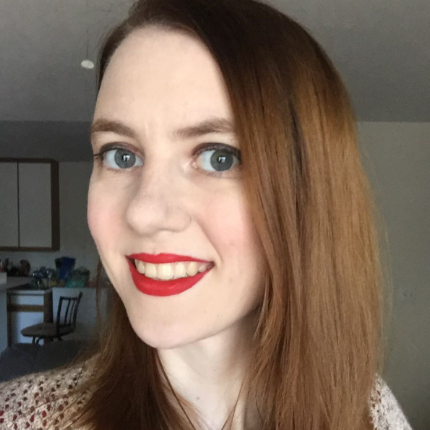 If you had asked me last year if I was strong enough to go through all of this, I would have said no. But you really never know until you have no other choice but to fight. I don’t think I could have gotten this far if it wasn’t for my friends and family. I also am extremely grateful for the chronic Illness community everyone is so supportive. I’m amazed everyday by the positivity and support everyone shows. I’m truly humbled and appreciative to be a part of such a community.

I’ve learned many things this year, but the most important thing I’ve learned is that it’s definitely okay to speak up about your health. And  it’s 100% okay to get a second opinion!

7 Things Not To Do With a PICC Line

Is it COVID or is it Lyme?

10 Tips for Time at Home

Looking Forward When You Fall Back

Victoria: Our Friend in the Fight™