Friends in the FightLyme Disease

Hi, my name is Sarah, I’m 14 years old, and this is my story. My health issues started back in third grade when I began having really bad headaches which kept me from doing a lot of the activities I was involved in at the time like dancing, swimming, and gymnastics. My parents took me to a few doctors to try and figure out why I was having these headaches. No one could figure out why they were happening, so it became something I just learned to live with.

In sixth grade, my health took a turn for the worst after a minor whiplash and gymnastics injury. I started having OCD symptoms and became very anxious about everything and found it hard to just function normally in school and at home. My parents brought me to another doctor who did a lot of blood tests and ended up diagnosing me with something called PANS. Over the course of that year, I was seeing multiple doctors, being prescribed different things, seeing a therapist, and experiencing lots of different symptoms while being overwhelmed at a new school with new people and teachers. None of the treatments were helping, and we later found out that I was actually suffering from chronic Lyme Disease and all the co-infections. One of the co-infections, Bartonella, was most likely the culprit for my migraines and other bizarre symptoms.

I began seeing a Lyme specialist and getting treated with antibiotics along with more nutritional support to help my body heal. Seventh grade was probably the most painful year emotionally and physically since I first got sick. I was told I also have mild chronic fatigue and various viruses in my body. My parents and my Lyme doctor decided we needed to begin attacking the bugs with something other than oral antibiotics. Last April, I started doing intramuscular injections of antibiotics 3-4 days a week, along with other antibiotics and supplements. The treatment seemed to be helping in the short term, like giving me more energy and lessening the frequency of my migraines, but I still felt like I was just treading water.

Once I started high school this past September, my health really crashed and I was only able to attend the first week because the symptoms became debilitating. My joints were in agonizing pain, my headaches had worsened, my chest started feeling heavier when I got up in the morning, my stomach couldn’t handle much besides smoothies, and I had lots of anxiety and forgetting simple things like where I had just put my phone down or a certain word.

Because of this painful and frustrating relapse, I found it too difficult to keep going to school. We started doing IV treatments with a peripheral line placed on my forearm for five weeks which had to be taken out and replaced every week. My strength weakened to a point where I was out of breath walking up a small flight of stairs. During the first five weeks of IV treatment, a lot of my joint pain, migraines and chest pain lessened, but my brain fog and neurological troubles were still going strong.

My health seemed to follow this pattern of relapse after relapse which was extremely disheartening. This past November, I had a PICC Line placed in my left arm to make IV infusions easier to administer. While some symptoms have gotten better, others haven’t. It’s sort of two steps forward, one step back (which I guess is pretty common for a lot of Lyme disease patients). It’s still a daily struggle, but I am planning on going back to school on a reduced schedule next quarter which I’m excited about but a little nervous too.

When you’re living with a disease like Lyme, the miserable symptoms aren’t the only painful thing you have to deal with. You’re forced to stop doing so many of the fun activities you used to take for granted. To make matters worse, my social life has really been negatively affected and even close friends are no longer so close. What most people don’t understand about Lyme is that it’s sort of an “invisible illness.” You may look fine, but what you’re feeling inside is a different story. You become an expert at hiding your pain from others to maintain some degree of normalcy to your life which is a coping method I’ve gotten good at.

In spite of everything, I try to remain positive. This experience has made me more aware of other teens who are dealing with their own health challenges whether it’s Lyme or something else. I am not alone. I’m also glad there are companies like Mighty Well that have created cool products that I can wear over my line instead of the ugly medical ones which I used to wear before discovering the Mighty Well designs. Even my friends have commented on how cute they are and they don’t make me feel so much like a patient but more like a normal 14-year-old. I don’t know how long it will take until I’m 100% healthy again, but, until then, I will share my story and do whatever it takes to raise awareness and conquer this cruel illness that has affected so much of my life. 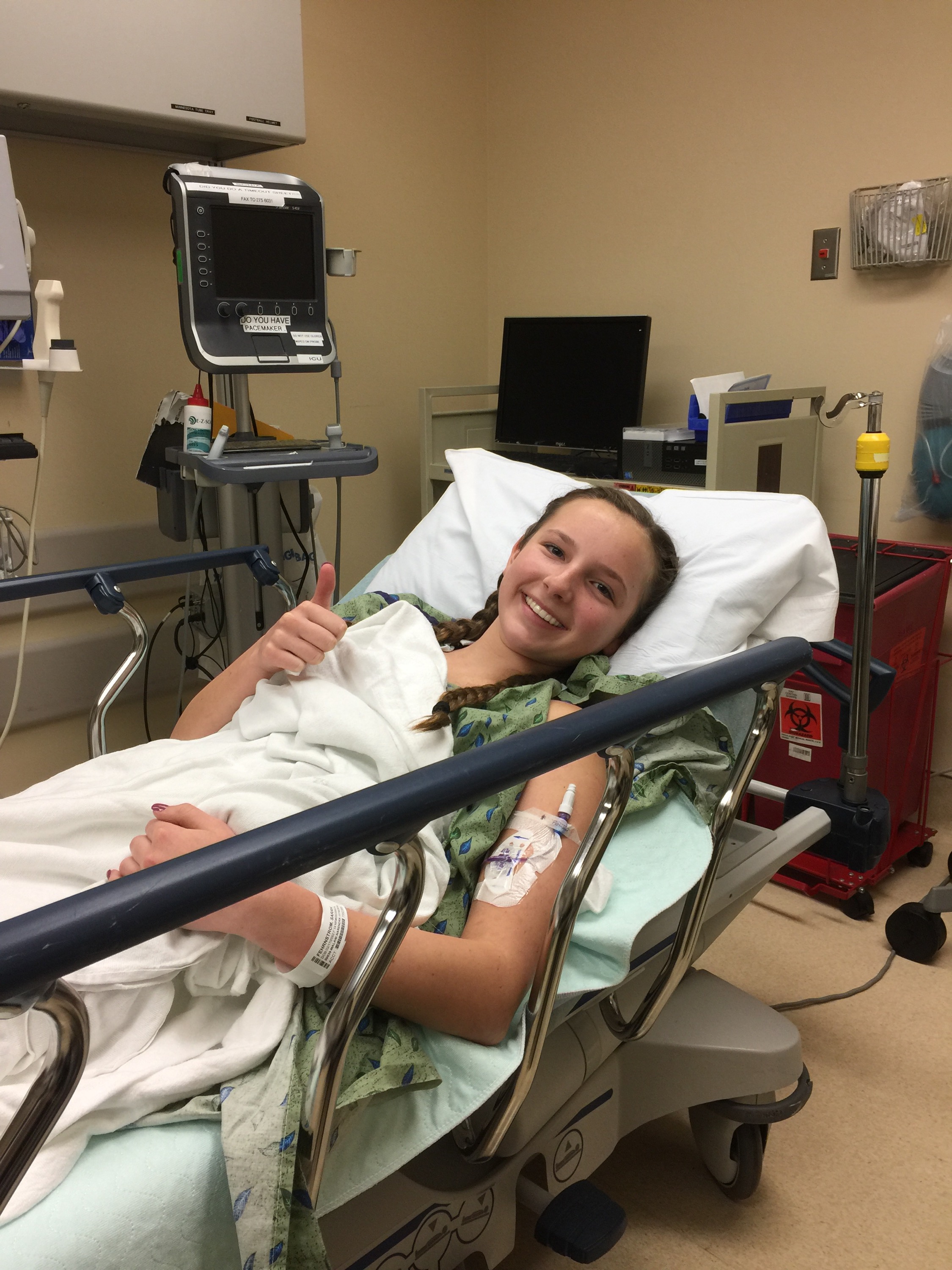 The Difference a Dog Can Make When You’re Chronically Ill

I Lost My “Creative”

Sia: Our Friend in the Fight

Spoonie Stories: It never rains forever and the...