Christina’s Tips for Showering With A PICC

Christina Doherty is probably one of the “illest” people I’ve spoken to! From handling EDS and its symptoms while blogging on a weekly basis, to designing her own jewelry and paintings, this woman is a real superhero!

Christina posts videos on YouTube that she wishes she had when she was first diagnosed with EDS as well as videos about what a normal day for an EDS patient looks like. Since the beginning, she’s created a massive following for the EDS community and others who are chronically ill! EDS, also known as Ehlers-Danlos Syndrome, is a genetic syndrome that, if severe enough, can affect every single organ system in the body. Christina’s case is an amazing one: she’s one of the few people in the world to have undergone this certain combination of surgeries! Her ability to handle so much, physically and mentally, is inspiring to others and empowers them to push through and speak about their experiences just as she has through her video blogs. 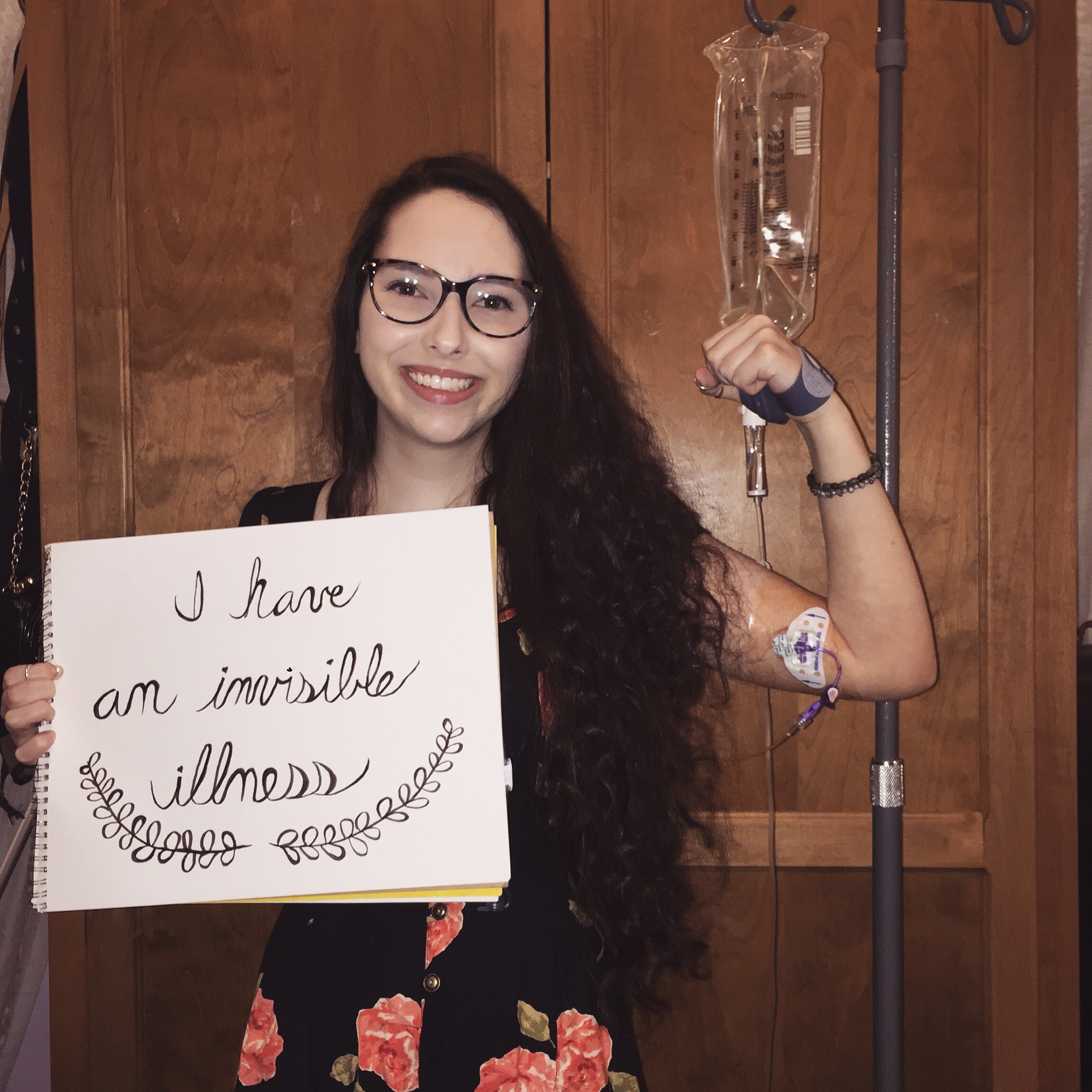 Christina raising awareness for invisible illnesses on her Instagram!

About six months ago, Christina had to get a PICC line placed in her arm. Since then, she’s been experimenting with different methods to protect it in the shower. Her recent blog “Living With EDS: All About My PICC Line” not only recommends our PICC line covers (which you can get here) for daily use, but also gives insight into her “overkill” method that so far has never failed her in the shower.

When taking a shower, here are 3 tips from Christina to limit the risk of water leakage to your PICC Line:

1) Keep the arm out of the stream of water

“Even if your arm is wrapped up and protected,” Christina says, “you don’t want to push your luck.”

2) If you need to use both arms, sit back and do it out of the direct stream of water

For example, if you need to use both hands to shampoo, Christina recommends using a shower chair to help.

3) When wrapping your arm before showering, tape folded pieces of paper towels above and below your shower sleeve

(Ex. the aqua guard). Christina explains in her PICC line video her long process of wrapping up her PICC line for the shower. By placing these paper towels, they act as a final barrier but also give helpful feedback as to how effective or not your barrier is!

Overall, when in doubt, it’s better to overestimate than underestimate the possibility of getting your PICC line wet!  Keeping your PICC line dry is important for avoiding infection.  Whether you take the basic route or Christina’s “overkill” route, make sure to follow these tips to ensure as little water leakage as possible! You can also check out Christina’s video blog on Youtube and follow her weekly posts!

A Different Form of Normal

Traveling With A Picc Line: Our Top Tips

Every Body is a Beach Body: Chronic Illness...

6 Tips for Soaking up the Sun with...

Show Your PICC Some Love: Top Tips for...