My name is Kelli and I have Lyme disease.  Finding the diagnosis wasn’t easy and it wasn’t until I saw a Lyme Literate Naturopath Doctor (LL ND) that I found out.  She ordered a series of expensive private lab tests not recognized by the CDC in diagnosing Lyme that came back Lyme positive.

I am a 45 year old mother of two.  I live an active lifestyle starting my day early at the local gym Monday through Friday doing a two hour workout consisting of strength and cardio training.  I enjoy the outdoors and have passed my love for the outdoors to my children by alpine skiing, mountain hiking, surfing and participating in area mud runs.  I’ve worked as a Veterinary Technician since I was in High School and I am a life-long resident of eastern Massachusetts and New Hampshire.

In early 2014 I began to notice I wasn’t feeling myself.  My workouts became increasingly difficult where I just didn’t have the energy I normally had.  I developed a feeling of pressure in my head and my thoughts became increasingly cloudy.  My co-workers and husband noticed my speech would sometimes be slurred and I had a poor sense of balance.  I had numbness and tingling in my feet, swollen joints and would start sweating profusely both during the day and while sleeping at night.  I saw my primary care provider and he ran a series of tests with negative results.  I was referred to a nutritionist who examined my diet and concluded I was getting the nutrients needed for a healthy life. From there I was referred to a neurologist who after a series of lab tests and MRI’s, also concluded there was nothing wrong.  The neurologist had an approach where he was ruling out Multiple Sclerosis.

In the meantime I began educating myself through use of the internet by studying my symptoms.  I found this to be both informative and stressful.  Informative because Lyme kept coming up, stressful because sometimes the information can be perceived wrong to the untrained person.  I needed answers.  The symptoms were changing my life.

Things began to look up when I went to an Infectious Disease doctor who though the testing did not diagnose Lyme, she felt I was exhibiting symptoms of Lyme.  She agreed to administer a series of antibiotics to observe the results.  Please bear in mind I didn’t have the classic “bulls eye” and I had not found a tick on my body prior to these symptoms.  I felt better after starting the antibiotic regimen, but the symptoms eventually returned.  I went to a Neurologist in Boston for a second opinion who agreed there was something going on, but the tests he did could not identify a problem. 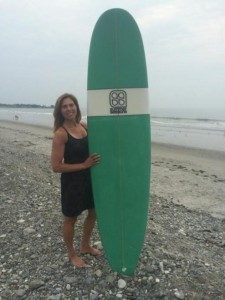 I eventually sought out a doctor who specializes in Naturopathic Medicine.  My research indicated success in this field in diagnosing and treating Lyme.  After consults and a series of private lab tests, I learned I had three tick borne diseases.  Bartonella, Babesia and finally Lyme.  It’s now May 2015 and I’ve been on a series of antibiotics since December 2014.  I take pro-biotics to offset the negative effects of the antibiotics and Vitamin B-12 injections to help with maintaining energy.  It was decided to start off taking the antibiotics orally to monitor results.  Results have been slow so in an effort to conquer this disease we’ve moved to the PICC line.  Lyme disease, I am going to beat you and start feeling myself again soon!

Join us in our Friends in the Fight Group to share your stories and connect with our community.

This blog is dedicated to Carri Al-Humaidhi for her generous Kickstarter donation.

Advice From a Friend Living with Gastroparesis & Feeding Tubes

Christina’s Tips for Showering With A PICC

Finding Solace in the Outdoors: Interview with Chloe...

Is Every Body a Beach Body?